Now let’s link all the above terms together, shall we? First of all, gout is an inflammatory disease that mainly affects the joints especially your big toe. This is due to the excess level of uric acid in your body, which is also known as hyperuricemia.

Normally your liver processes a lot of components in your body, including purines, which are components of genetic material found inside your cells and some food you eat (e.g. Seafood, red meat, offal). When your liver processes purines, uric acid is formed in your body. To remove this uric acid, your body will instruct your kidneys to remove the acid from your blood. That sounds very fascinating, no?

Since Yin and Yang have taught us that life is a balance, this too includes all the components in your body. Anything too much or too little in your body will cause a side effect. In gout, the excess level of uric acid can be caused by a few factors, and they are: 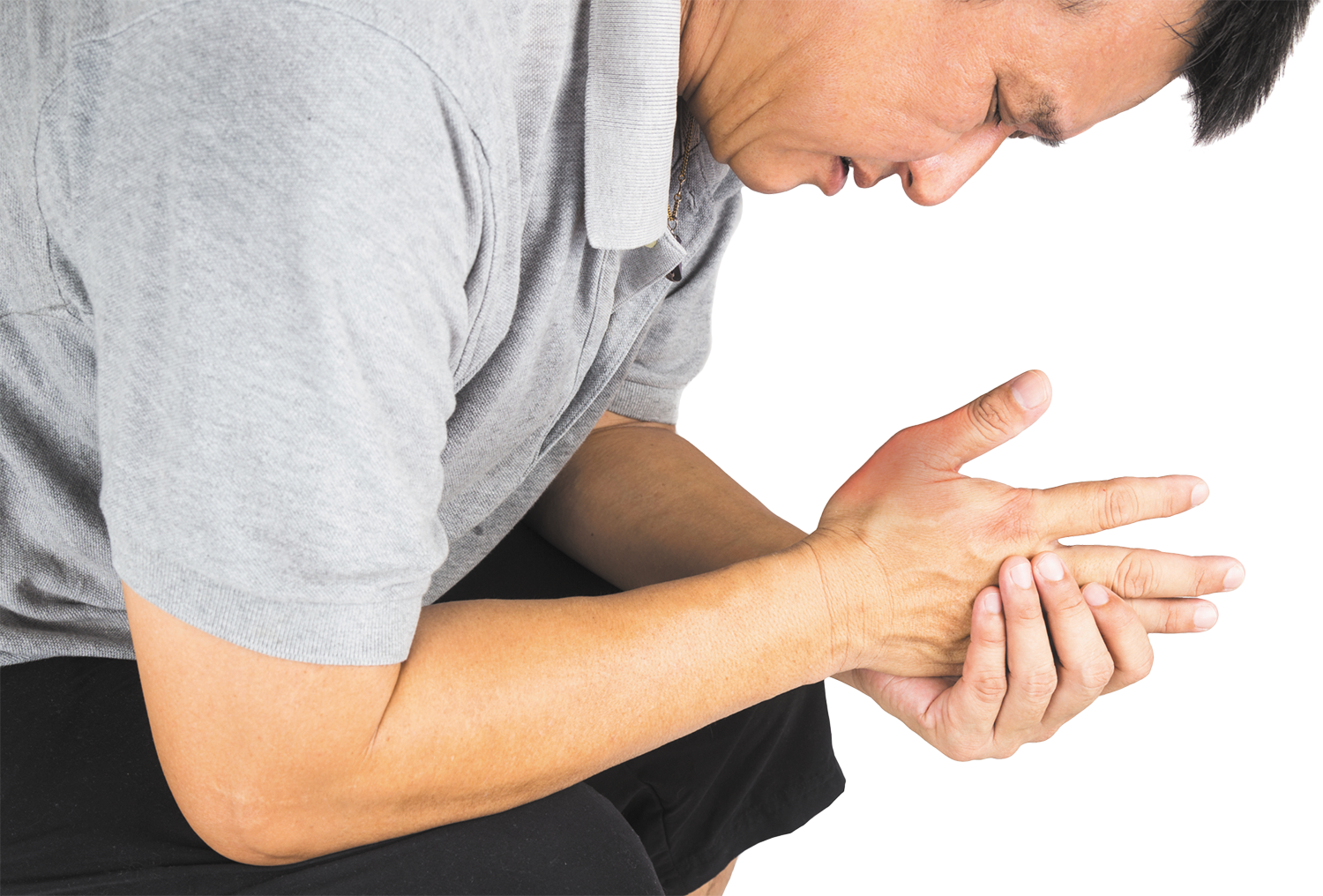 This happens either because there is a problem with your liver, which produces too much uric acid into the blood, or your kidneys which cannot work hard enough to remove the acid. Also, a seafood lover has a higher tendency to suffer from gout because seafood contains a high amount of purines. Alcohol can raise the level of uric acid in your body by signaling the liver to produce more uric acid, and at the same time signaling the kidney to excrete less.

Disease of kings – not anymore

As fancy as it sounds, gout has been referred to as the disease of kings. In antiquity of time, the kings were usually the ones who suffered from gout because they were the wealthy ones who were able to afford to binge on food and wine, both of which being the factors that caused gout.

Not just the kings, the famous scientists like Galileo Galilei and Isaac Newton too had gout! It is no surprise to say that gout is no longer the disease of kings; in fact it is very common among people nowadays, since everyone can afford to drink and eat! Signs and symptoms. And crystals?

Of course, we are not referring to the crystals from the jewelry shops. When the concentration of the uric acid in your body is too high, it can no longer stay dissolved, instead, the excess uric acid forms needle-shaped crystals in your joints and soft tissue to produce irregular firm nodules called tophi (tophus in singular).

Tophi appear white and can ulcerate and discharge white gritty material. Worse still, the tophi can even be infected or induce a local inflammation with redness, swelling, and leaking of pus. This explains the extreme pain people with gout suffer from. Some people even have to move around with a wheelchair! During the attack, there may also be:

After the attack, there may be:

If the condition persists, this might lead to kidney stone formation, and, if severe, the urate deposition in the kidney might eventually cause kidney failure.

How about Rheumatoid Arthritis?

It is true that gout and rheumatoid arthritis (RA) share some similarities that sometimes might confuse people. Rheumatoid arthritis is an inflammatory disease with the typical presentation of pain, joint swelling, and stiffness affecting the small joints.

However, RA is an autoimmune disorder where your immune system attacks your own body, in this case, the lining of your joints. RA usually starts from your knuckles and small joints of your hands, while gout usually starts from your big toe. RA will affect your eyes, heart, lungs, nerves, and other parts of your body. Dislocations and deformities of joints are commonly seen in severe RA and morning stiffness is a common complaint in RA.

What should I do if I have joint pain?

It is common to have joint pain after a certain age. Most people will visit the pharmacy and be prescribed with medications to reduce pain but for a more thorough check-up and a more accurate diagnosis, it is always a better choice to visit the hospital if you suspect you have gout. There are a few investigations the doctor will conduct:

Gout is a well-understood and highly treatable disease. Compared to rheumatoid arthritis, this is way easier to treat. Consult your nearest doctor for more information if you are concerned.

If you have been called a couch potato all the while, now would be a good time to make a change! Simple exercise and losing weight will reduce your risk of gout. Also, maybe it is time to cut down the alcohol and control your diet too because prevention is always better than cure!